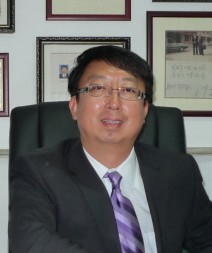 Tianjin wisely law firm chief partner su shengli
Along with the further transition of our country’s market economy, the current social resources shall be re-adjusted and re-distributed. Under such situation, the commercial bribe has restricted our transition to market economy and the improvement of business operation and investment circumstances. In recent years, it was demonstrated by many commercial bribe cases(Siemens,Lucent,IBM,DPC,ect.) that such kind of bribe has been developed from unspoken rules in the business competition to the main “weapon” of the most enterprises, even many famous multinational enterprises were involved, who are the victims of such improper means as well as the violator of the proper business rules.

Therefore, the sound Anti-Commercial Bribe laws and attack commercial bribe action shall be the most important work for Chinese government to improve social management ability. Today, let’s talk about the current condition of Anti-Commercial Bribe laws of China and look into the future(Prospect).
Ⅰ. Definition
Commercial Bribery refers to an act that an entity,or an employee of a company or enterprise or hired by any other entity violates the rules of fair competition, for the purpose of providing or obtaining transaction opporunity or other economic benefits by means of offering or accepting money or property, as well as other benefits.
Article 8, Law Of The People’s Republic Of China Against Unfair Competition.(January 1,1994)

Money in cash and material objects
The property interests that could be calculated in numbers of money, including:
In the business activities, providing and accepting the business supports that violate fair competition, or tour, inspection and other activities.
Providing and receiving all kinds of club cards, consumer cards, shopping cards and other negotiable securities.
Providing and using houses, automobiles, etc.
Providing and receiving shares and bonus.
Granting and receiving properties and other interests, by gambling and in the name of expenses on promoting, propaganda, advertisements, training, consulting, technical services, researching, clinic, to procure business and services opportunities, favorable conditions or other economic benefit.
C . Non-material benefit .Such as sexal bribery.(Now
There are some issues but I agree with this view)
To date,there is no law in China to punish those who accept sexual bribes.The actual status is more and more criminals and businessmen in China are gaining favours from government officials by providing them with sexual bribes.I think such sexual bribes is often more powerful than money.If it is written down in law that it is illegal,it can increase the effectiveness of the fight against corruption.
3.Penalty
On the basis of different facts, circumstances and condemnatory principals, the commercial bribes shall be classified as improper transaction acts, common unlawful acts and criminal acts.
A. Improper transaction acts are the cases of less violations with less amounts and the violations of business morals and market rules, which shall be punished by the Party and government offices, the regulator of the concerned industry and autonomic organizations.
Common unlawful acts are the cases of little violation with small amount and the violations of Anti-improper competition and other laws, which is not committed a crime and shall be administratively punished or bear the civil responsibility.
Administrative Penalty
Types of administrative penalty shall include :
(1) disciplinary warning;
(2) fine, not less than 10,000 RMB, but not more than 200,000 RMB in light of the circustances;
(3) confiscation of illegal gains or confiscation of unlawful property or things of value;
(4) ordering for suspension of production or business;
(5) temporary suspension or rescission of permit or temporary suspension or rescission of license;

The demarcation between gift and commercial bribe
In the business activities, it is legal to give small promoting gifts as per commercial practice. However, giving cash and material objects to the other party as accessory is defined as commercial bribe.

The demarcation between donation and commercial bribe
The donation should abide by Public Welfare donation laws and other regulations, which must be recorded in account book, not related to the transactions, not harmful to others’ benefits and used in public welfare. However, it is commercial bribe to procure business and services opportunities, favorable conditions or other economic benefits by giving properties in the name of donation.

5. Prospection
legislation
The General Law of Anti-Commercial Bribe is under preparation, combining criminal, civil and administrative obligation, to define the legal responsibilities for different levels of commercial bribe.
Political and economic regim reform
Weakening the intervention to the market economic activities from the administration governmental departments and Clearing the monopoly of the governmental departments to the concerned industries are helpful to limit the power and raise a open, just and fair market circumstance.
supervisor
To set up the profile of enterprises and black list of bribery enterprises, to push ahead with the system construction of enterprise credit, to set up and consummate the credit profile of enterprises including their records of improper competition and commercial bribe acts, and to increase the punishments to the enterprises which have the serious commercial bribe acts. The black list of bribery enterprises shall be reported to the concerned administrative departments and these enterprises are disqualified in certain time to participate in the tenders.
Implement of law
Enforce the law strictly and intensify the fight against the violations. From above mentioned articles of Anti-commercial bribe laws, the strict enforcement must be able to make the ones go bankrupt who want to make fortune by commercial bribe. Whereas, the current situation is that the laws could not fight against the potential rules of commercial bribe. The essence of such ineffectively enforcement will be the tacit acknowledging!